OF GEESE AND GANDERS 01 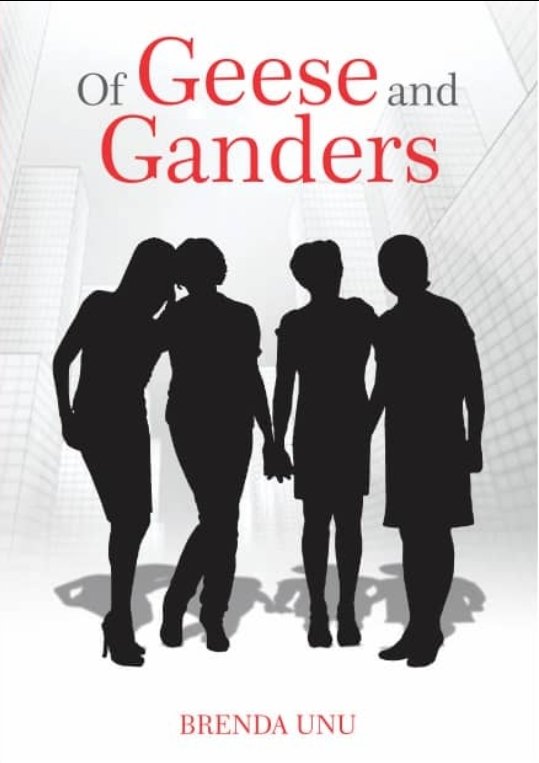 In celebration of Women's Day/Week/Month, I bring you my short story on feminity, written in January this year.... enjoy it!

Belema turned her face away. She did not want the doctor to see her tears. Another girl? This was her fourth. She had wanted to stop at three, but pressures from her in-laws made her go one more. And now, look!

Dr. Tochukwu, the gynaecologist could not help noticing her patient's displeasure at the news of her baby's gender. She scanned her file quickly. Fourth pregnancy, all previous three were female. Sigh! When would African women stop stressing about the supposed supremacy of the boy child?

"Madam, please do not cry. A girl is a blessing" Dr Tochukwu tried to placate her.

"Oh yes I know, I already have three more of those blessings" sobbed Belema. "What am I to say to my husband now? He badly wants a son!"

"Well he will have to be thankful for his daughters" the doctor was getting irritated. Women such as Belema were the enablers that made men act the way they did.

"Look at me. My dad had five daughters. His brother had five sons and they constantly jeered at him. They even refused him a chieftaincy title!

But where are we all today? My uncle's five sons are not settled. One is in prison in Malaysia for drunk driving, another in Rehab for drug use, a third unable to complete his degree, and the remaining two, though graduates have not been able to secure jobs."

"On the other hand, all of my father's five daughters are doing great. I'm a doctor, my elder sister is a lawyer, a SAN; one of us is an engineer working for an oil company. Another is an architect, working in London, and our last is an A-list actress.

Who had better luck? It's not about the gender of your child but your parenting skills and what you make of them through the grace of God".

Belema was intrigued by the beautiful doctor's story. But how would it help her when faced by her mother inlaw's taunts?

Just then, her husband walked in, with his mother in tow. He seemed surprised to hear that she had delivered the baby. "Why didn't anyone call me? Why would I want to miss the birth of my first son?" His deep voice boomed across the entire delivery ward. His mother had broken into song and was dancing in a native Rivers way, with her imaginary handkerchiefs. The delivery ward was sparsely furnished. It had two narrow metal beds with a thin mattress on it. Each bed had a baby cot beside it, made of metal, painted white. The rest of the room had two chairs and a metal locker, which houses the medical supplies. The real delivery room itself was off this room, through a door to the left.

The two nurses on duty glanced at each other and pointed to the baby cot. No one dared mention that it wasn't a boy. Belema had refused to check her baby's gender throughout the pregnancy. She didn't want to jinx her faith. What a cruel joke!

"Ah, my son is so cute! My King David! May I carry him?" Theophilus asked no one in particular, stretching to carry the baby. A cute and chubby baby with bright eyes and a head full of hair. A beautiful baby by all standards.

"We will need a new name, dear. It's a girl." Belema muttered quietly. You could hear a pin drop at that pronouncement. Theophilus held the baby away from him as if she was suddenly leprous. He dropped her, glared at his wife and walked out of the delivery room. His mother cried loudly and started cursing in Ikwere language. It was quite a sight for the medical crew. Belema was so embarrassed.

That had been the last straw for her. Her daughters did not deserve to be brought up in such hostility. She had quietly made her plans and applied for asylum in Canada. It had been granted and she had fled the country with her girls, with Theophilus none the wiser.

They grew up in a nice neighbourhood and learnt to be full of confidence despite being the "only black kid" on the block. They all thrived at everything and learnt to be "the only female" and yet the best, at all that they did.

Belema taught them to love their femaleness and to be everything they wanted, in spite of it. She didn't remarry but rather devoted her life to raising her girls to be the best humans they could be. They couldn't have been blessed with a better mother.

"Feminism is one of the most misunderstood words in Nigeria today. And I'll tell you why. People are scared of change. It's a simple concept really. It just stresses that 'what is good for the goose, is good for the gander!'

It's simply about equal opportunities for men and women. It doesn't attempt to cross biological roles. A man can never get pregnant. But it tells you that you can do pretty much everything else!

You can be President, why settle for First Lady? You can be CEO, why settle to be the wife of one? YOU, little girl can be everything you dream of. Don't limit your dreams."

The rousing applause that accompanied her closing remarks made Isabelle feel better. She still felt very emotional each time she shared her story. She was the little baby girl whose father had rejected her at birth just because she wasn't a son.

Twenty-six years after that hospital scene, and now a best-selling author of several books, a private-jet pilot and an acclaimed feminist, she spent a good amount of her free time volunteering in Nigerian girls' schools, speaking to them about feminism and how they could be everything they wanted to be.

As soon as she walked out of the hall, a fine-looking gentleman walked up to her, stretched out his hand and said "So glad to finally meet you, Isabelle. I've followed you on Facebook forever! My name is Tonye."
Taking his hand, she gave it a firm shake. Tonye smiled. He loved strong women. "May I buy you a drink? Surely all that talking must have made you thirsty?"
"You're right, I am thirsty. But maybe some other time. I have a flight to catch now." Isabelle said as she turned to leave, smiling to herself.

Tonye smiled. He knew she may prove hard to get, but he was sure he would eventually get her. For now, he would have to continue dreaming of her.