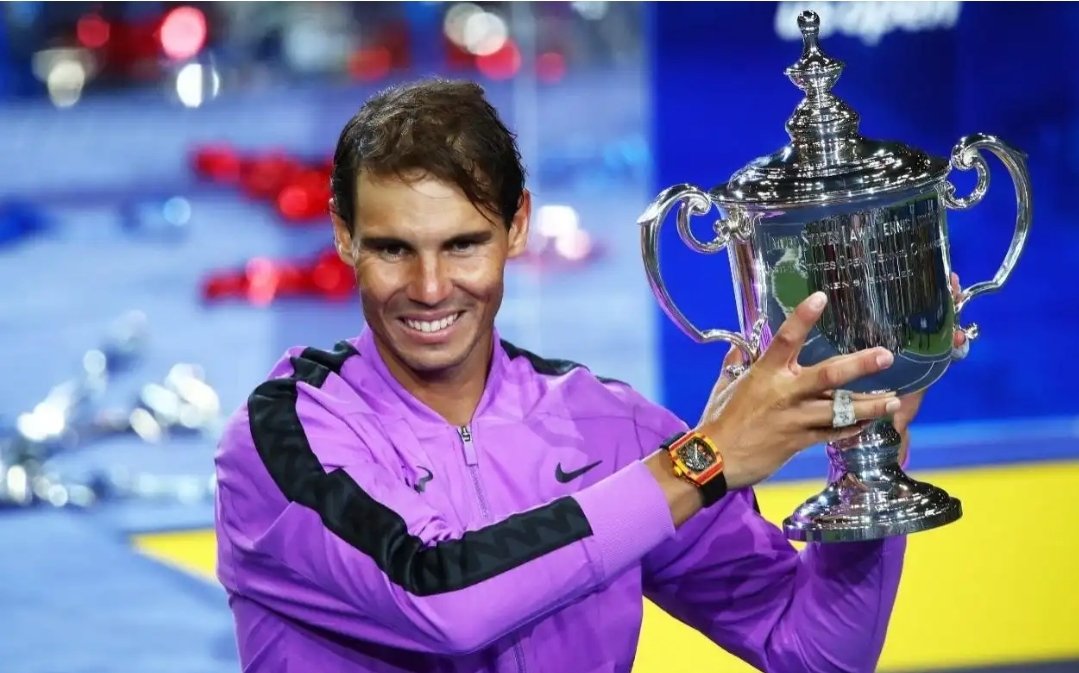 I love Tennis.
Watching though, not playing. Playing is for my hubbs. As much as he has urged me to try, I'm too lazy for all that running. My own agility is reserved for mental stuff. 😜

So, as I was saying, I love Tennis. I'm not sure when i became a fan, it must have been when hubby took up the sport. Those who know me know that I support my hubby by learning about his interests. It's a mutual thing as he has actually read a whole fiction book simply because it was written by me. 😍 (he doesn't do fiction in books).

I digress. Of all the Tennis Grandslams, the U.S. Open has got to be the most interesting. I used to watch only women because i was rooting for Serena; but my love for Baba Ibeji (Federer) and Nadal made me look twice at the Men's matches.

This morning, i watched Nadal win the men's finals of the U.S. Open. (It was played yesterday, i watched a re-run). It is his nineteenth grandslam title, second only to Roger Federer who holds the all-time high of twenty grandslams.
It was an emotional, highly charged match. Lasted five hours, where we saw two men , Medevev (23yr old, world number 4, first ever apperarance in a grandslam finals) battle Nadal (33yr old, world number 2, holder of 18 previous grandslam titles.)

They bought fought hard. And even though Nadal had a comfortable 2-0 lead, the Russian quickly closed up, making it 2-2. The last set was keenly contested as Nadal took it 6-4. I legit cried. I didn't know i had been holding my breath. Dude just won $3.85million! (Someone do the maths abeg!) 🙈

You see, Roger Federer is a natural. He plays tennis and wins easily. You can liken him to Messi in Football.
But my Nadal, he works hard! He used to only win on clay courts but he has pushed himself and now has 4 US Open titles under his belt. This is a hard court. Not his comfort zone. We can liken him to Cristiano Ronaldo in football.
When they showed all his previous grandslam wins on a screen after his win, he cried. I was so emotional too, so i can imagine how he felt.

Today is Monday!
What is that thing they said you cannot do? All you need to do is conquer it in your mind. And you can do it. Absolutely!

So today, reach for the stars. You can also be another Nadal. You can totally ace anything you set your heart to.
Congrats Rafael. Its the 19th, baby! 👏👏👏👏
P.s. Medevev is one to watch out for! 👍